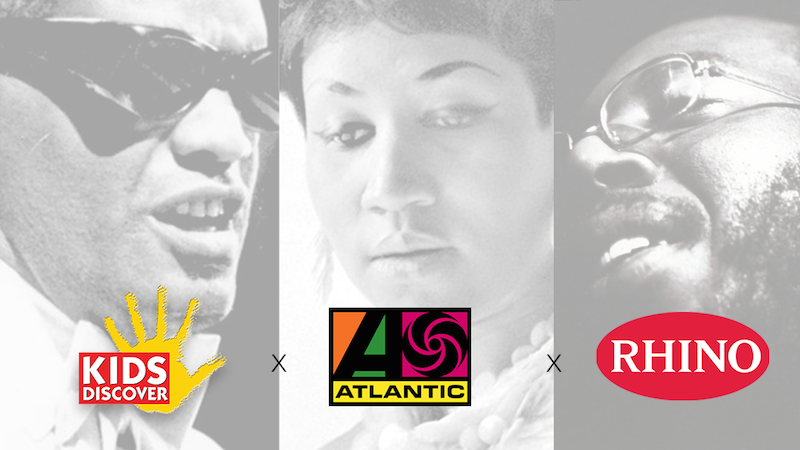 Educational publishers need to consider the voices they’re highlighting as well as the communities they serve.

During the rising social unrest of last spring and summer, Kid Discover felt pressure, as a social studies publisher, to make a statement. Many companies and organizations were speaking out, and were doing so in a hurry. In our opinion, this was not a moment to rush. Instead, we chose to pause and reflect. Obviously, we stand for social and racial justice, but we felt this was an important moment in American history, and we didn’t want to make a statement until we defined what it would mean as a company to deliver on it.

We spent weeks reviewing and assessing our online library, and it was clear that we were underrepresenting historical figures of color. We took time to reflect on what we could do to share the stories and impact of Black history and culture. We also discovered just how light we were on arts and music history, both enormous parts of American culture.

In July, we released a five-part pledge, two tenets of which were to increase the number of stories we tell about Black figures in American history and to collaborate with organizations that share this commitment.

In the past, we have created free materials for Black History Month, but this year, guided by the pledge, we sought out a collaboration with Atlantic Records, because they have such a rich history of representing Black artists and promoting music genres like soul, funk, and early rock and roll. Atlantic, along with their legacy roster Rhino Records, was really excited about the idea of creating units about pioneering artists Ray Charles, Aretha Franklin, and Curtis Mayfield that would incorporate music and album art.

We’re offering these units for free during Black History Month, with the goal to provide as many students and early learners as possible the opportunity to learn about and celebrate these three groundbreaking artists—and to get some feedback from teachers who have used these units.

Traditionally, a lot of material that is covered throughout Black History Month has centered on the Civil Rights Movement, and for good reason. However, I think we as educational publishers need to begin branching out from that. Of course it’s incredibly important to teach the heroes of the movement and recognize its tremendous influence in changing the direction of the country, but it’s also time to use that foundation to explore Black Americans’ impact on American history and culture in other ways, especially those figures who are underrepresented in the history books.

In addition to creating new units focusing on Black individuals, we’ve found a way to help students adopt the lens of social justice throughout our library. We’ve launched what we call “reflection pieces.” They’re small modules scattered throughout our library, in units about the Constitution or Thomas Jefferson. They ask questions that are a little bit tougher than the traditional questioning we’ve had in our library. It creates a space for the students to pause, to reflect deeply about that subject, and try to look at different sides of the matter. We’re writing these for eight- to 14-year-olds, so the challenge for our authors is to make those questions something that can result in a good, productive class discussion at the elementary or middle-school level.

Another change we’re making is increasing the amount of first-person accounts. Let’s go back to our unit on Thomas Jefferson. As president and the main author of the Declaration of Independence, he was an important figure in American history—but was also an active slave owner. So we wrote a new topic about the Hemingses, the slave family that worked for Jefferson, and included quotes from some modern-day descendants of the Hemingses. As we re-examine our content, wherever we can, we’re using first-hand accounts, incorporating excerpts from speeches, so that it’s not just about us doing the writing.

Like all education companies, though, we feel have a deep obligation to go beyond creating a product. We have to make sure our material gets to the kids who need it most. The final part of our pledge is to develop an annual scholarship program that grants free access to Kids Discover Online for individuals in socioeconomically challenged communities who would otherwise not be able to afford access. We’ve talked with a number of principals and districts throughout the country to develop criteria to qualify for the scholarships at the school level. As we did with the pledge, we’re taking our time with the scholarship, so that when we launch it, we can be fair and accommodating to the communities we’re serving.

We’re not trying to do everything all at once. Instead, we’re taking steps and looking back to the pledge on a regular basis, using it as a framework to guide future content development and to keep us accountable. It’s something that I’d recommend to other educational publishers. Have a clear set of principles that you can point to that will keep you accountable and will keep you moving in the direction of social and racial justice. If you’ve come out and said that’s what you stand for and you’re not taking action, what have you actually done? For us, it’s not about making a statement or creating a pledge. It’s about doing everything we can to make history speak for itself.

Ted Levine is the president and CEO of Kids Discover. He can be reached at [email protected].

Why Building Confidence is Key for Struggling ...

Motivate Your Class Through Group Contingency