Why ‘Soft Skills’ Are Essential

By Chris Piehler
Spread the love

A principal explains how his school has made social-emotional learning the foundation of a successful academic career and a supportive community.

This was the first year that my state, Ohio, rolled out social and emotional learning (SEL) standards. During the first year, meeting them is not a requirement, but their introduction has been an eye-opener for many districts. It’s likely just a matter of time until they are required, and a lot of schools will have to figure out how to meet them. At Ayersville, where I serve as the middle school principal, it will just be business as usual, because we’ve been meeting and even exceeding the new standards for years now. 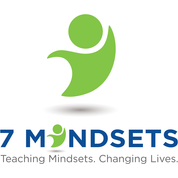 Why SEL?
When we first decided to adopt an SEL curriculum, we received a bit of pushback from our school community along the lines of, “This is stuff that should be taught at home.”

But the simple fact of the matter is that these skills are not being taught in the home, at least not adequately. Their family members didn’t receive any SEL instruction themselves, after all. Beyond that, educators are not merely teachers of content. We have a responsibility to prepare our students for the real world, and that includes teaching life skills and social-emotional skills.

Skills like managing our emotions, developing healthy relationships, and setting goals are the foundational components that set up students to better learn more traditional academic content. Learning long division or writing a book report is nearly impossible for someone who can’t manage emotions or set goals, and we all know that students learn better when they have healthy relationships with their teachers and peers. A lot of people refer to social-emotional skills as “soft skills,” but I think they should instead be called “essential skills.” I often argue that they are as important as traditional academic content—if not more important.

Choosing Standards-Aligned Curricula
The biggest challenge districts are going to face in providing standards-aligned SEL curricula is the lack of resources. In Ayersville, we barely use textbooks or formal teaching guides in core content areas these days because there are so many wonderful open educational resources (OERs) and supplemental materials available.

That’s not the case with SEL. For now, schools and districts are going to have to choose an SEL curriculum that meets their state standards and is also interactive and user-friendly. For us, that was 7 Mindsets. We are currently in our fourth year with that curriculum, and when Ohio published its new SEL standards, I decided to look into how well our curriculum aligned to those standards. The alignment was pretty much perfect.

OERs are great, but it’s going to take a mindset shift for educators to understand that SEL needs to be a priority in their classrooms before we have the depth of SEL resources that are available for academic subjects. As we shift our collective mindset, I believe those resources will become more accessible, just like they are in other content areas now.

Earning Teacher Buy-in
We can begin creating that new mindset in our own districts right now. We did that at Ayersville by starting slowly but making it very clear that SEL was not a passing fad.

We spent a half year just piloting 7 Mindsets and getting teacher buy-in. You have to take baby steps, especially if it’s completely new to the staff. The hardest sell was to the folks who think of themselves as being content specialists, especially at the high school level. When we asked those teachers to take time out of their algebra or biology class to spend 10 minutes on relationship-building, for example, we got some pushback.

Educating teachers about the importance of SEL and how it affects the academic side of school is really important in those early days of implementation. One way we continue to do that is by building relationships with other school districts that have implemented SEL or are in the process of making it a priority.

Even as you go slowly, however, it has to be clear that you’re making a long-term organizational commitment to SEL. We were fortunate in that our superintendent was supportive from the beginning. He not only allowed us to run with it, but helped to ensure it was included in the district’s five-year strategic plan.

All of this came together to create powerful buy-in from our students almost immediately. We’re a K–12 building, so when our administrative team partnered on bringing SEL to Ayersville, it was a K–12 initiative.

Inspiring Students to Turn Thought into Action
After the first year, we knew we needed to be able to recognize our students for displaying what we have termed “7 Mindset behavior.” This led to the creation of our Instilling Mindsets, Promoting Academics, and Celebrating Talents (IMPACT) program.

The IMPACT program is all about recognizing students who demonstrate learning objectives from the 7 Mindsets curriculum. With younger students, it’s often something as simple as a student picking up a piece of trash from the floor of the cafeteria. As they get older, it’s bigger things, such as stepping into a situation where a peer is being picked on. We recognize these behaviors on the morning announcements, we give them a certificate, and we make a positive phone call home.

That last piece of recognition has done so much to improve relations with family members and build community. Every day I get to call parents with positive news, which is not an opportunity principals have often if they don’t create it themselves.

The warm feelings generated by the curriculum and the IMPACT program are real. I don’t think they should be overlooked, but these initiatives have more concrete results as well. Since launching these programs we’ve seen decreases in disciplinary issues and behavior referrals. We’ve also seen improvement in our state scores. I may not be able to draw a direct line from SEL to those scores, but I believe it’s a contributing factor.

We have a responsibility to prepare these students for academic success and the world beyond. That must begin with a foundation of social and emotional skills.

Kirk Jones is the middle school principal at Ayersville Local Schools. He can be reached at [email protected].