Paul Revere Middle School in Houston is on pace to reduce the number of times that students are late to class by more than 75 percent this school year alone. That’s a significant accomplishment with huge implications for student achievement.

“Students must be in class when instruction occurs if they are going to learn,” explains Principal Christian DeLaRiva.

Tardiness had been a problem for this STEM magnet school serving about 1,200 students in grades six through eight, most of whom come from low-income families. But with the help of an online behavior management platform called Hero, the school has turned that problem around quite dramatically.

“We were running about 1,000 tardies per week last year, and now we’re under 1,000 a month,” says history teacher James Buynar.

Using any web browser, a mobile scanning solution, or an Android or iOS mobile device, Hero enables teachers and administrators to log student behavior as it happens, in real time—allowing them to keep accurate records and assign rewards or consequences as appropriate.

The software can be customized with specific behaviors, incentives, and interventions, and it also shares student behavior data with a school’s student information system.

One of the best aspects of the software is that it enables users to track and reward positive behaviors as well as record rule violations. Teachers and administrators can assign “Hero points” to students for doing the right thing, which serves as a positive reinforcement for good behavior.

At Revere Middle School, students can redeem their Hero points for discounts on school memorabilia, as well as various privileges, such as being able to eat lunch outside or avoid the dress code for a week. These incentives have helped transform the culture of the school. 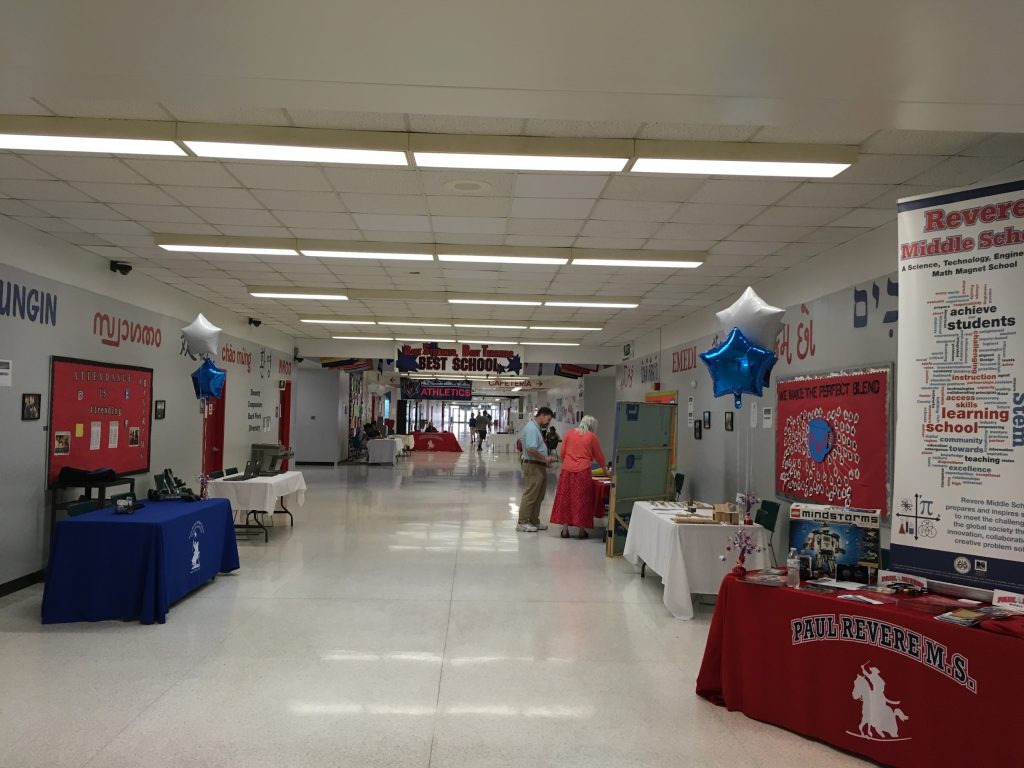 “Students know how many points they have and what goals they are working toward,” DeLaRiva says. “It has changed their mindset.”

Perhaps even more impressive than the behavioral achievements themselves is the almost immediate rate they occurred. Immediate – that is – after the two years Revere’s staff took to get fully on board with the program.

“Identify a few key behaviors that you want to address on your campus. Focus on those few things, and do those well before you move on,” DeLaRiva advises. “For us, it was the tardies that were the push at least initially, and then as we learned more about the program, we have added more dimensions.”

To get teachers to buy into the program, school leaders must seek their input on items such as which behaviors to reward students for demonstrating.

“During a staff meeting at the beginning of the year, we asked teachers what they would like to recognize students for,” DeLaRiva says. Besides being early to class, the teachers decided to award Hero points for class participation and what they call “Revere Ready,” where students are in dress code and ready to learn. They also give “Random Act of Kindness” points when students exhibit one of the school’s four core values: honesty, hard work, compassion, and diversity. 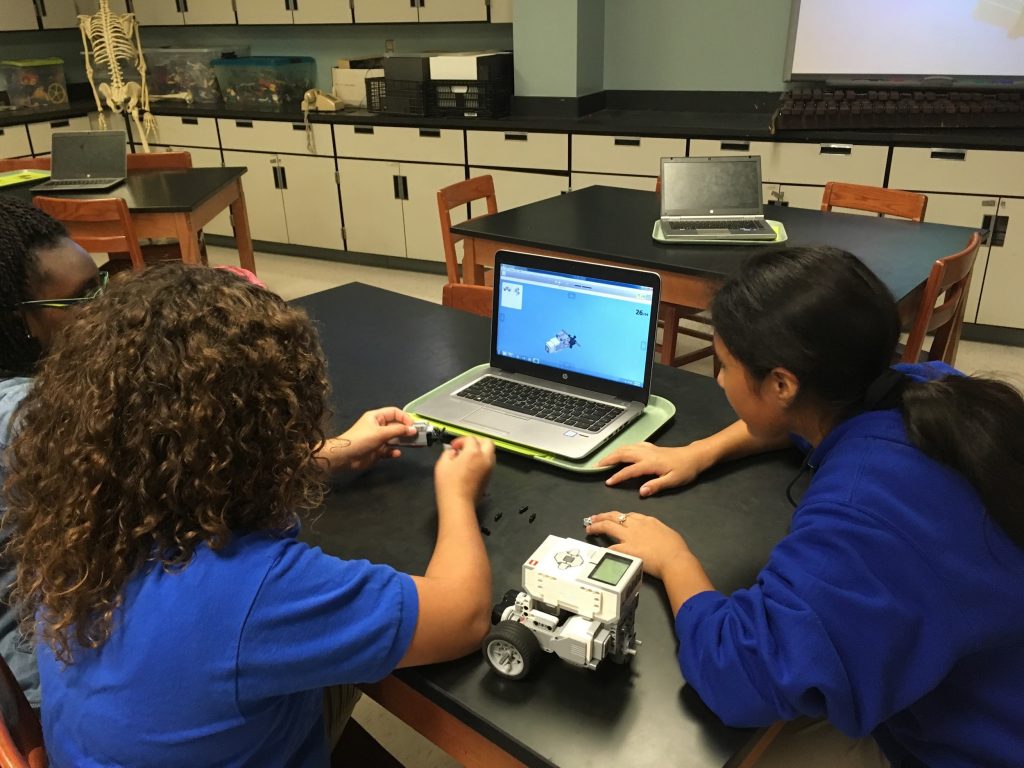 During the first two years, use of the program lagged among teachers. It wasn’t until Buynar stepped up and assumed responsibility for the program that Hero use surged this school year.

“I saw what the potential was for using Hero, and I asked to take on that leadership role of managing the system,” he says. “Last year, there were probably fewer than 15 teachers who were using it consistently. I want to say we have around 100 users now, including office staff and more than half of our teachers.”

Among the early adopters who were using the system last year, DeLaRiva noticed a clear correlation: “The teachers who used Hero on a regular basis had fewer disciplinary referrals,” he says, “while the teachers who had a lot of referrals had limited or no use of Hero.”

And while this was something he brought to his staff’s attention, having them hear it from Buynar and other teacher leaders is what really drove home the point.

“Mr. Buynar and a few other teachers led some professional development this past summer and opened their classrooms to show their colleagues how to use Hero,” DeLaRiva says. Once this happened, “there was an ‘aha’ moment across the campus, where teachers were saying, ‘Hey, I can use this in my classroom. It’s actually pretty easy and effective.’”

Once teachers began using the program for themselves, they began to realize the benefits. But it took further incentives to encourage some to try it out initially.

“At the end of each month, we print out the history of teachers who have been using Hero. Whoever the top five teachers are for that month, we give them a week’s worth of free dress passes, and we also buy them lunch one day from a pretty nice restaurant,” Buynar says.

These teacher incentives have made a big difference, he says, adding: “Our goal is to continue to do that every month, and maybe at the end of the semester offer some even bigger prizes for our top teachers—like Houston Rockets tickets if we can get those donated.” 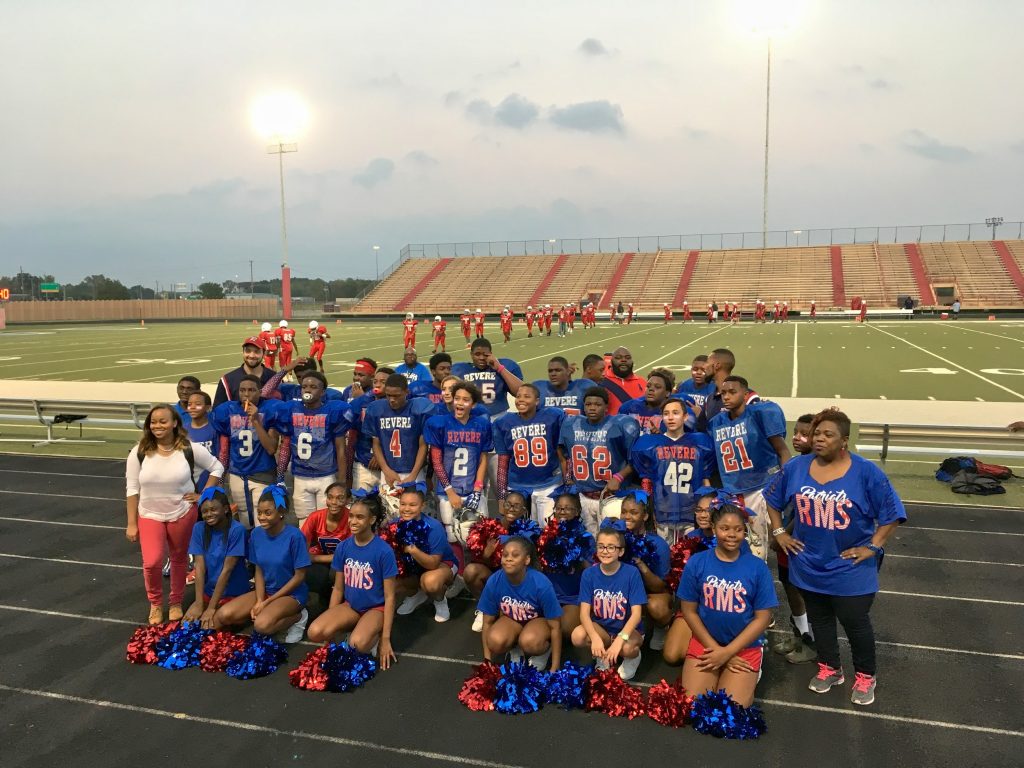 “If teachers only give out points once a week, then students are not going to buy in,” Buynar says. But if students see their teachers are awarding points on a consistent basis, they will change their behavior accordingly.

Buynar can vouch for the program’s success, as he has seen it in his classroom firsthand.

“I have very large class loads,” he says. “Managing 30-plus kids in each class can be difficult at times. Using Hero to assign points to kids who help me out in class has made my job as a teacher really easy the past two years, because I have been able to focus on instruction. And it’s not just my A+ students. All of my students are trying to get those Hero points so they can get rewards. It has been fantastic.”

Dennis Pierce is a freelance writer with 20 years of experience covering education and technology. Follow him on Twitter: @denniswpierce.