By Matthew Lynch
3
Spread the love

Some kids always do what they’re supposed to. Others need a nudge every now and then to encourage proper behavior. Both types of students benefit from a system that rewards them for doing the right thing instead of simply punishing them when they mess up. 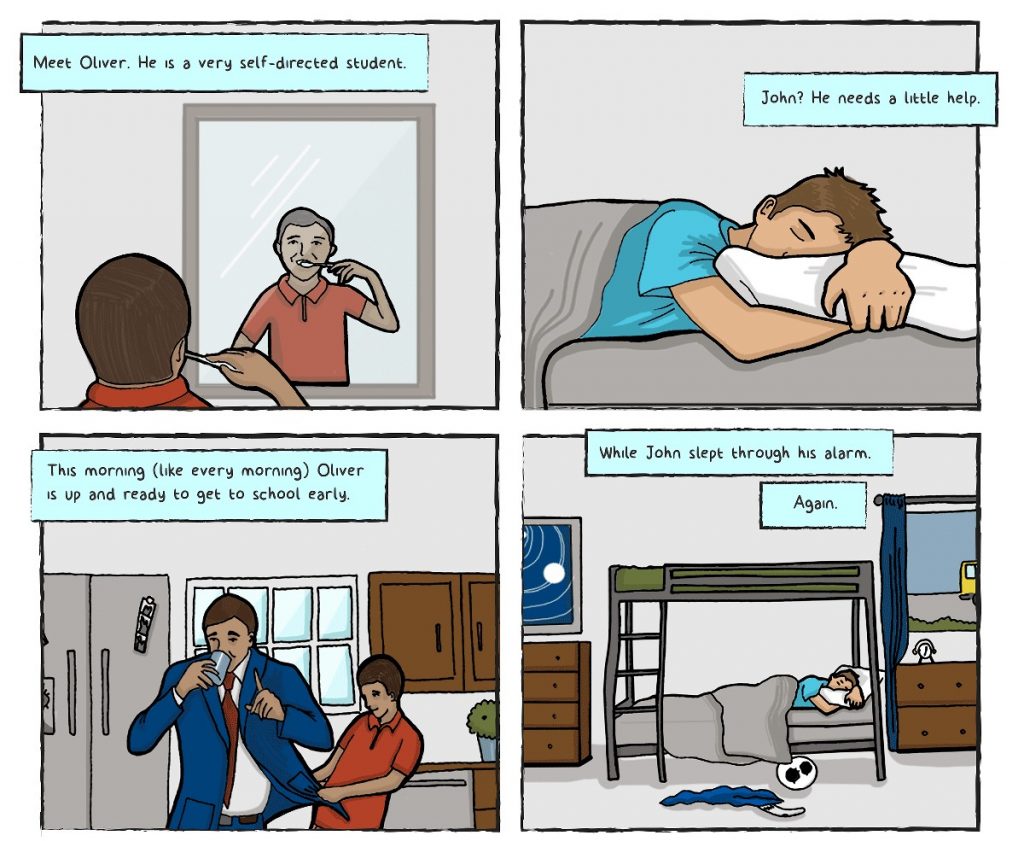 Positive behavior isn’t always automatic. Some students do the right thing on their own. Others need guidance and support. All students benefit from positive recognition for doing the right thing.

Research suggests that traditional approaches to school discipline (such as detentions and suspensions) have, at best, only a short-term effect on student behavior—and they might even increase problem behaviors for some students over time.

On the other hand, giving students positive feedback when they act appropriately can have a powerful effect on shaping behavior. Studies indicate that positive feedback reinforces good behavior, leads to intrinsic motivation among students, and helps them develop a sense of competence. 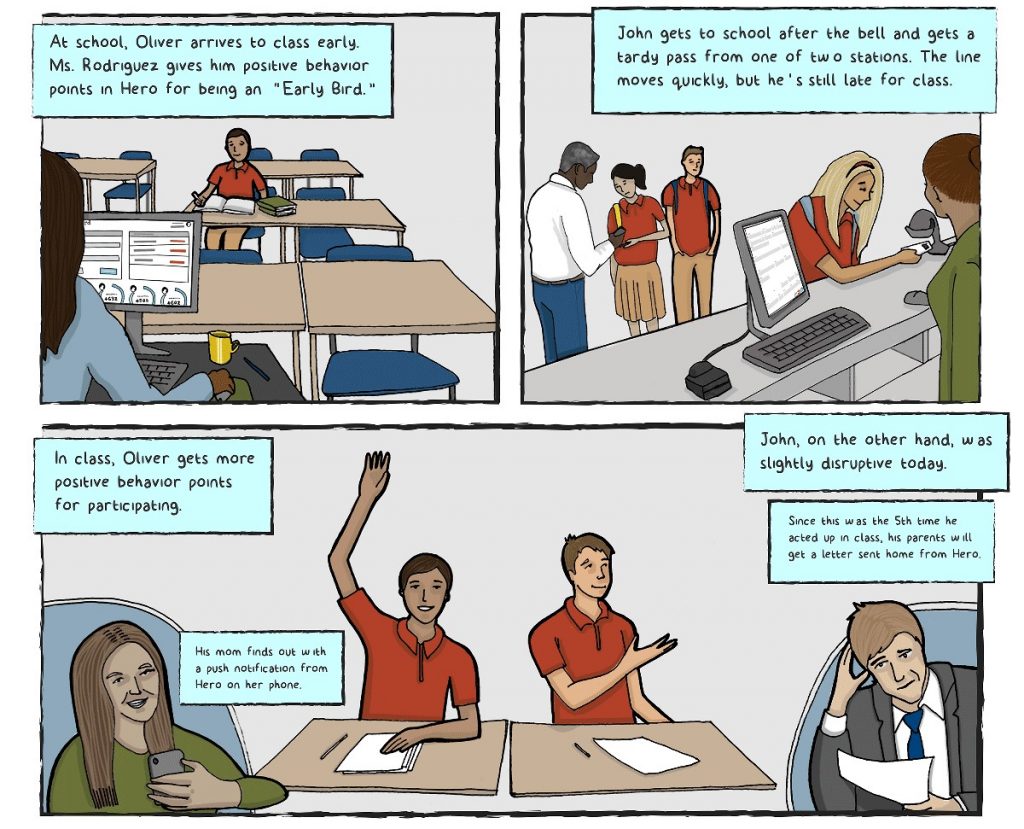 Hero K12 is a digital platform to recognize and reward students which reinforces making good choices.

Positive reinforcement is a key element of preventive approaches to school discipline, such as Positive Behavioral Interventions and Supports (PBIS). PBIS is an evidence-based framework for reducing disciplinary infractions, improving school climate, and increasing student achievement.

PBIS takes a three-tiered approach to instilling good behavior in schools. Tier 1 consists of interventions that are used for all students, school-wide, such as actively teaching and reinforcing appropriate behaviors. Tier 2 applies a more targeted approach to students who need further attention, while Tier 3 is for students who have significant behavioral problems and who might need wraparound support services.

Students learn how to act appropriately in the same way they learn other key skills, such as how to read and write: through a continuous cycle of instruction, practice, feedback, and support. PBIS acknowledges this fact by ensuring that positive behaviors are explicitly taught and encouraged throughout the entire school community. This encouragement can happen in many ways, such as by acknowledging or praising students for their good behavior and even offering prizes or other incentives when they do the right thing. 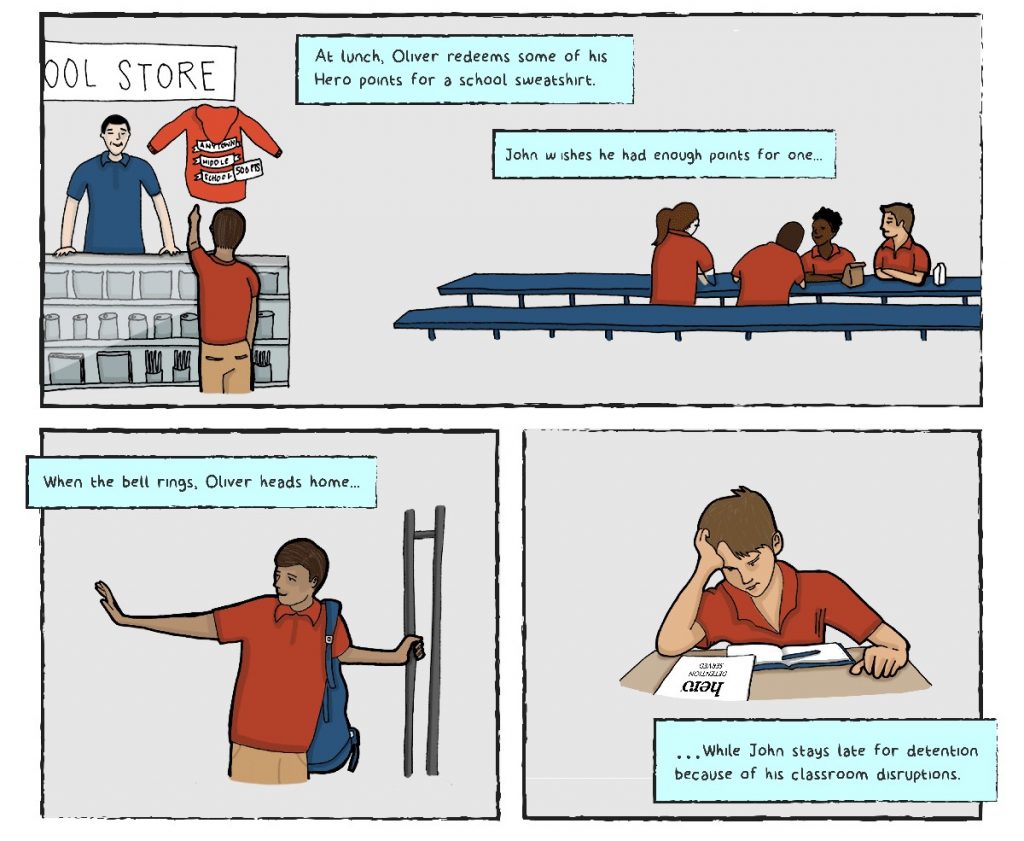 Consistent recognition for positive or disruptive behaviors is an important part of establishing trust in school staff and in the system.

One obvious advantage of this method is that it actively engages all students, and not just those who frequently need a nudge. Too often, schools tend to focus the bulk of their efforts on the handful of students who present the biggest challenge. Meanwhile, the majority of students continue doing what they should be doing, but without receiving any apparent recognition.

In contrast, all students benefit from a PBIS approach. Instead of feeling taken for granted, those who consistently do the right thing without having to be told are rewarded for their actions. When students who need frequent reminders see their classmates being rewarded, they too want to earn incentives—and when they begin to experience success, this motivates them even further. 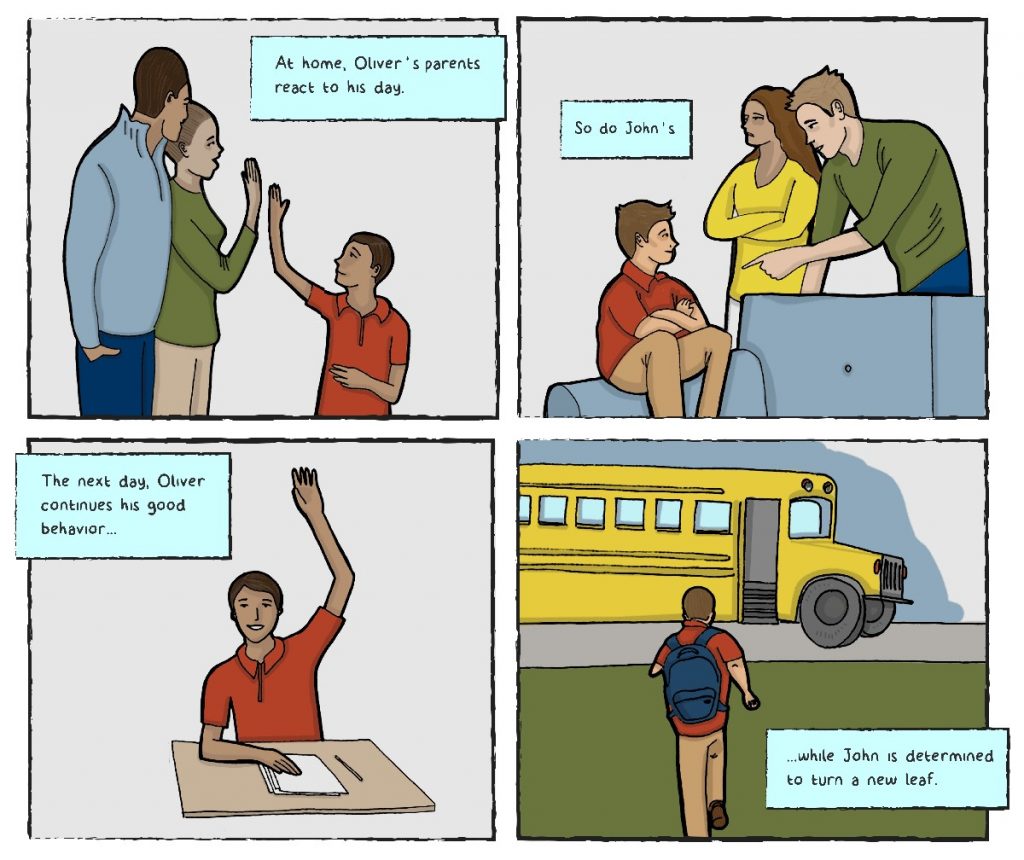 In schools that have adopted PBIS, the entire staff is involved in defining the expectations for student behavior and then teaching and reinforcing these skills. Typically, a leadership team consisting of a wide range of stakeholders—including administrators, general education teachers, special education teachers, and paraprofessionals—will meet regularly to review disciplinary data and determine which students need further intervention.

Research on the use of PBIS in schools has found decreases in problem behaviors, increases in student attendance and achievement, improved school climate, and greater satisfaction among staff. For PBIS to work, however, educators need a system for teaching and reinforcing positive behavior school-wide—and they need data to support their decision making.

This is what we had in mind when we developed Hero, a powerful online platform that allows users to track and acknowledge positive student behaviors in addition to recording disciplinary infractions. When teachers or administrators notice that students are doing what they are supposed to, they can assign “Hero points” that reward students for these good behaviors. Students can redeem these points for prizes, special privileges, and other incentives as determined by the school community.

We have seen time and again that students will strive to do the right thing when their positive behavior is recognized and rewarded. And if they have made a mistake in the past, this shouldn’t become an albatross hanging around their neck. They need to be able to start over at any time with a fresh slate. That’s why, although school leadership teams can view aggregated data on tardies and other disciplinary infractions over time, each student’s individual Hero points and infractions are wiped clean at the end of the year. 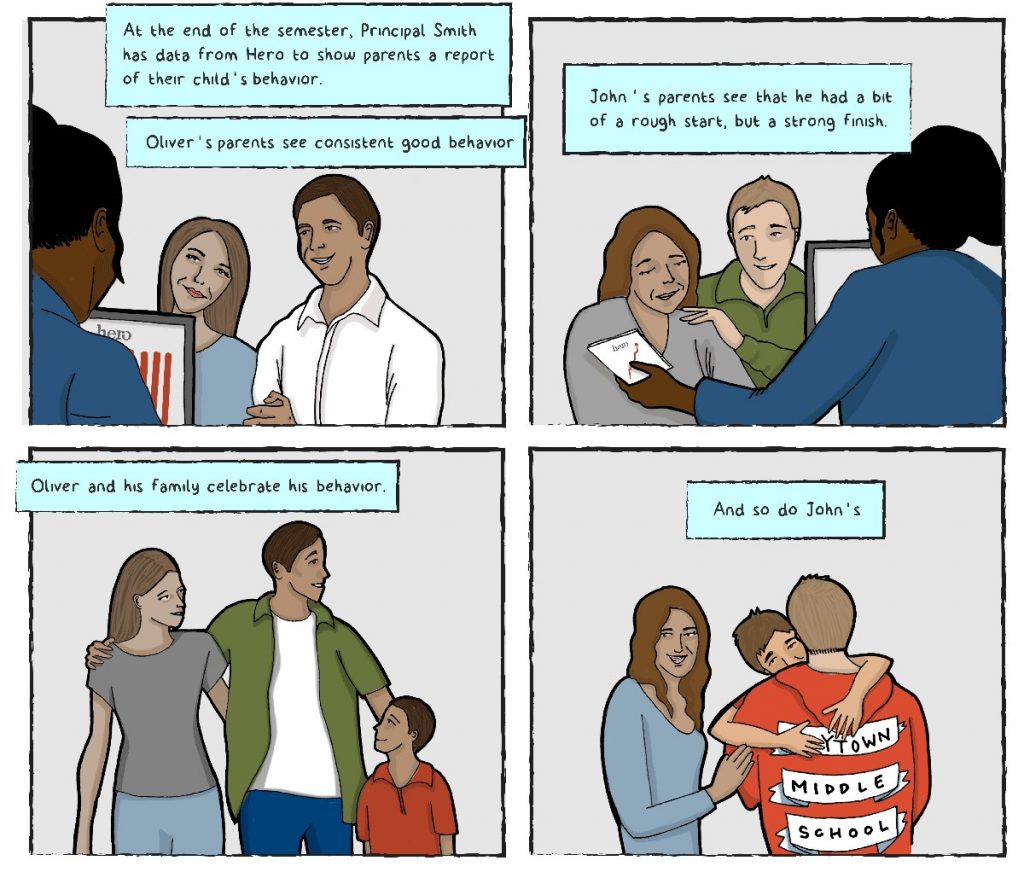 We work with thousands of schools that have seen a marked improvement in student behavior using this approach. For instance, Cedar Creek Middle School in Texas has seen a decline in the number of students who are late to class—and students are exhibiting more positive behaviors as well. In just a few short months, Kentucky’s Valley High School saw class tardiness fall by 25 percent, and inappropriate use of cell phones in class dropped 32 percent. More importantly, students were more engaged and prepared for class—and they were more courteous and helpful to others.

Schools that reward the good things students do each day establish greater trust among students. They also see a significant reduction in the number of disruptive behaviors. Our experience is proof that rewarding students for positive behavior has a significant effect on school climate and culture. It helps reinforce the good choices that students make, which leads to dramatically better outcomes in both the short and long run.

Mark MacDonald is president and CEO of Hero K12. He and his team of Hero colleagues have helped thousands of schools recognize and reward students when they do the right thing which ultimately builds schools into places where students can learn and thrive.

9 Things That Educators Should Know About ...