Infographics
Home›Infographics›Why is the Theory of Multiple Intelligences so Valuable?

Why is the Theory of Multiple Intelligences so Valuable?

By Matthew Lynch
Spread the love

I started graduate school in the early 2000’s, and the education that I received was transformative. It made me the educator that I am today. Of all the theories and concepts that I learned, the one that inspired me the most was Howard Gardner’s Theory of Multiple Intelligences. In a nutshell, this theory believes that there are at least nine ways that human’s express intelligence.

Before this, academic or book knowledge was thought of as the main way in which human beings expressed their intelligence, thus the only one worthy of pursuit. This placed creatives such as painters and athletes, on the outside looking in. However, Howard Gardner’s theory changed all of this. It proved that the expression of intelligence was ever evolving and could not be placed in a box. Because of this, teachers started to adapt the teaching and learning process to accommodate for diverse expressions of intelligence.

I found this wonderful chart that illustrates the nine intelligences and gives a brief description of each. If you are a teacher who has never heard of the theory or need a refresher, this should bring you up to speed. 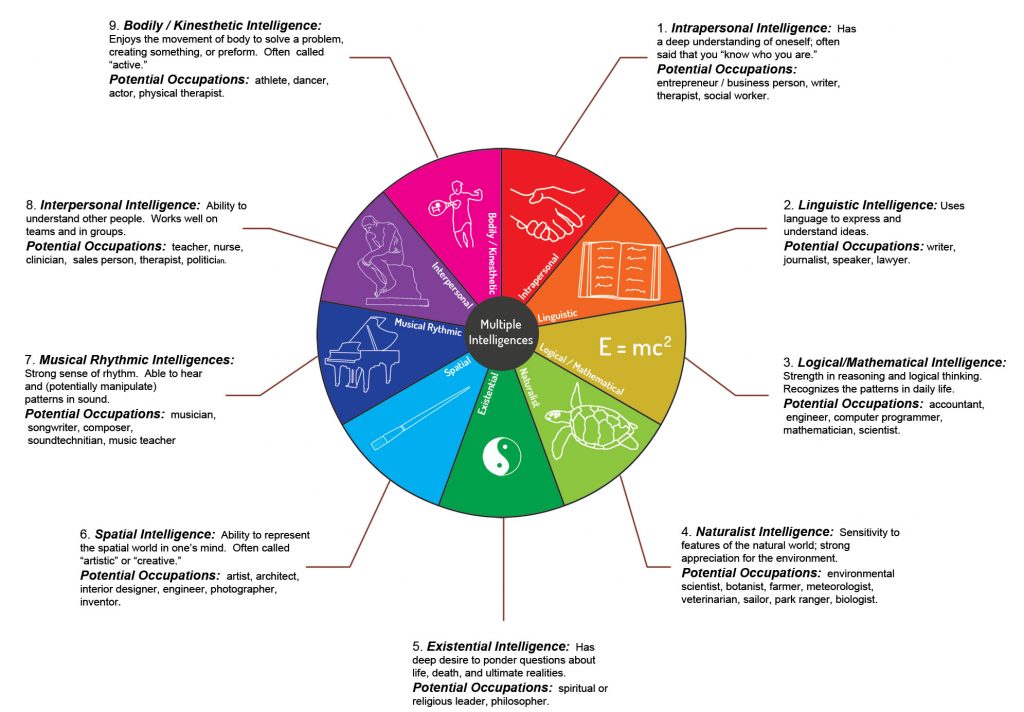 How to Use Bloom’s Digital Taxonomy